When America was a young country, George Washington commissioned our first Navy ship to be built in Charleston, SC. Unlike most ships of the day, the builders used live oak from the Carolinas making it almost impenetrable. After Paul Revere added the copper inlays to the front of the ship, the Constitution sailed off as America’s only navy vessel. In its first battle, the first shot fired was a British cannon shell. It hit the Constitution and bounced off, leading the British to think it had iron laid behind the wood walls of the ship. American sailors soon nicknamed the Constitution “Old Ironsides.” In this particular engagement, the first US Marines raked the decks of the attacking ship, keeping the British officers distracted, while the Constitutions guns pounded its rear and center masts to make it immobile. A young navy lieutenant designed extra sails to help the constitution maneuver faster and better than the British ships. Most of the enemies shells simply bounced off its sides, and it continued to evade the British navy for the rest of the war. In this painting, we can see the British abandoning the burning HMS Guerriere, as the Constitution pulls in for another broadside. The marines are climbing for better shooting positions, and the doctor is desperately working in the captain's cabin to bandage the sailors wounded in battle. I can’t imagine the fury these men endured during this battle, but it had to have been comforting to be in such a strong ship. This ship embodies the “Strength” of the people of America who have fought so hard and given so much. But I think it has a deeper inspiration for us now. That no matter what odds we may face, we can have the courage and “Strength” to sail outnumbered into battle and emerge victorious, no matter how long the odds.

We Can Take This by Mark Keathley 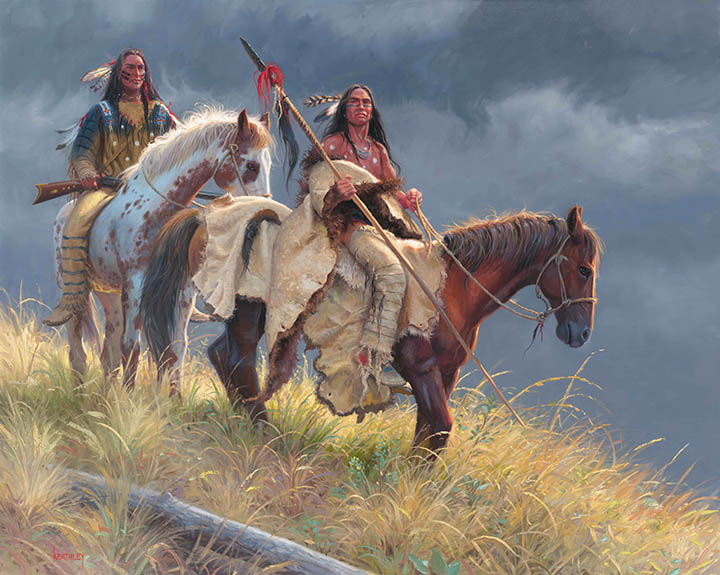 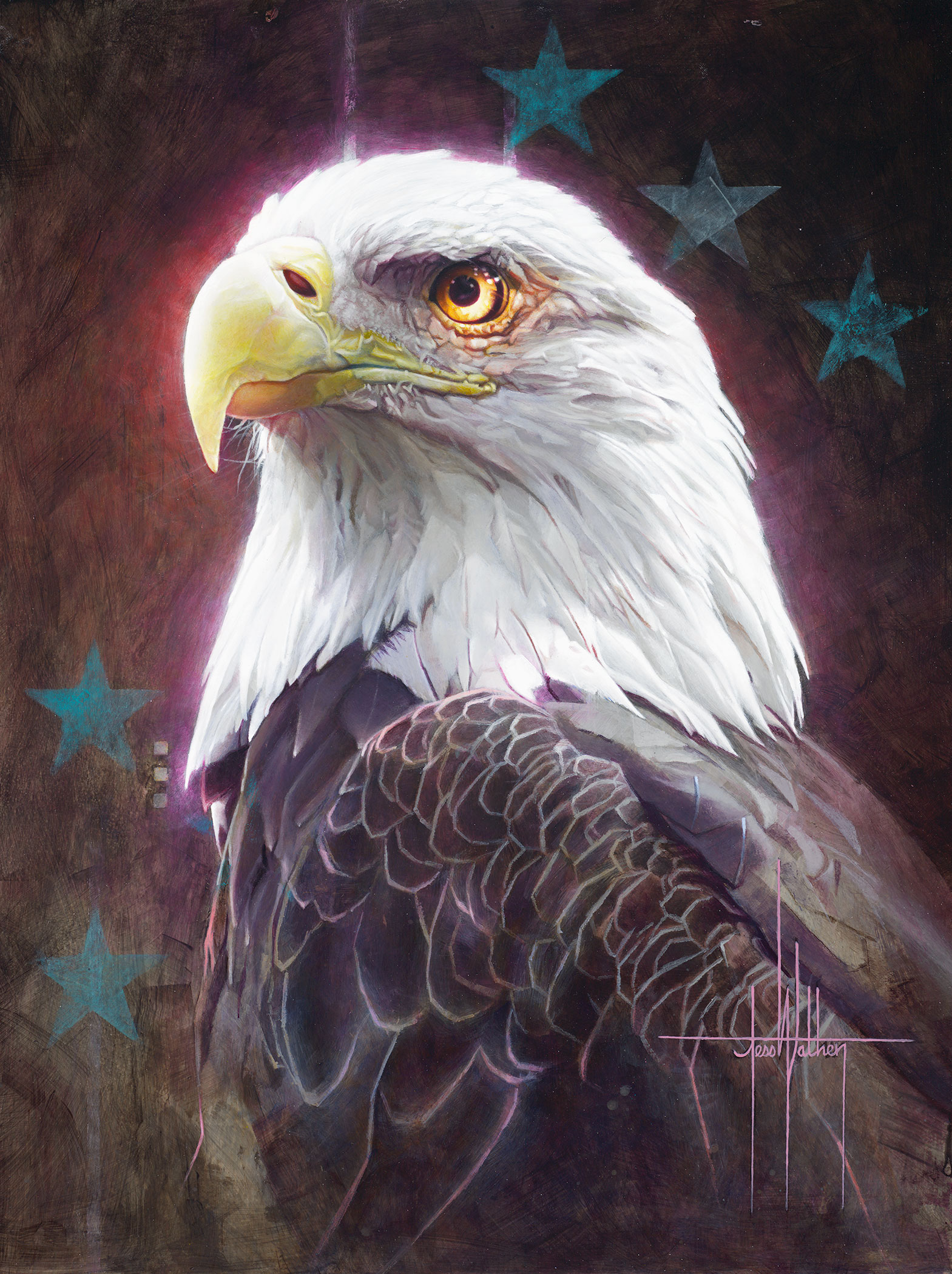 Long before this great nation was founded, kingdoms and individuals alike have looked to the eagle as a source of inspiration. It symbolizes strength in adversity, the ability to rise above life’s trials, and the focus to see past our current circumstances. It reminds us, no matter what we face together or individually, we must remain whole, focused, and forever indivisible.

In England, before our nations War of Independence, a man was born by the name of John Paul Jones. He was made fun of in school, so he became a sailor at the age of 13. He rose quickly through the ranks and became captain of his own ship and was a privateer for the Royal British Navy. When the Revolutionary War broke out, he took the colonials side and quickly took his ship to join and form the Continental Navy! Jones chose to captain the ship, Bonhomme Richard. In my painting, his ship is the one with the “John Paul Jones flag” with blue stripes. Jones misunderstood what the American flag was supposed to look like and made his own! Google it!

One day in British waters, Jones found himself in The Battle Of Flamborough Head against the British ship HMS Serapis. In pirate fashion, he headed straight to the port side of the Serapis to board it and fight a hand to hand battle. When the 50-cannon Serapis opened fire, again and again, Jones’ ship was damaged beyond repair. The British captain shouted out to Jones asking if he wanted to surrender. Jones next words became infamous! “I have not yet begun to fight!” Jones and his sailors took the Serapis capture and left their Bonhomme Richard, which was now burning and sinking, and sailed to peaceful waters with the rest of the Continental Navy. John Paul Jones rose from being a bullied kid and pirate sailor to being “The Father Of The American Navy”!

Imagine having the determination to sail straight into the teeth of 50 cannons firing at you and not be afraid or surrender! Even though his own ship sank, he won the battle and the naval war!

This painting depicts that moment when the Bonhomme Richard catches fire and he continues to fight back and sail on with his fleet behind him! It reminds me of the scripture “run with endurance the race that is set before you”. No matter what you’re facing, keep going and against all odds, you will win the battle!

I hope you enjoy my painting “Endurance”! 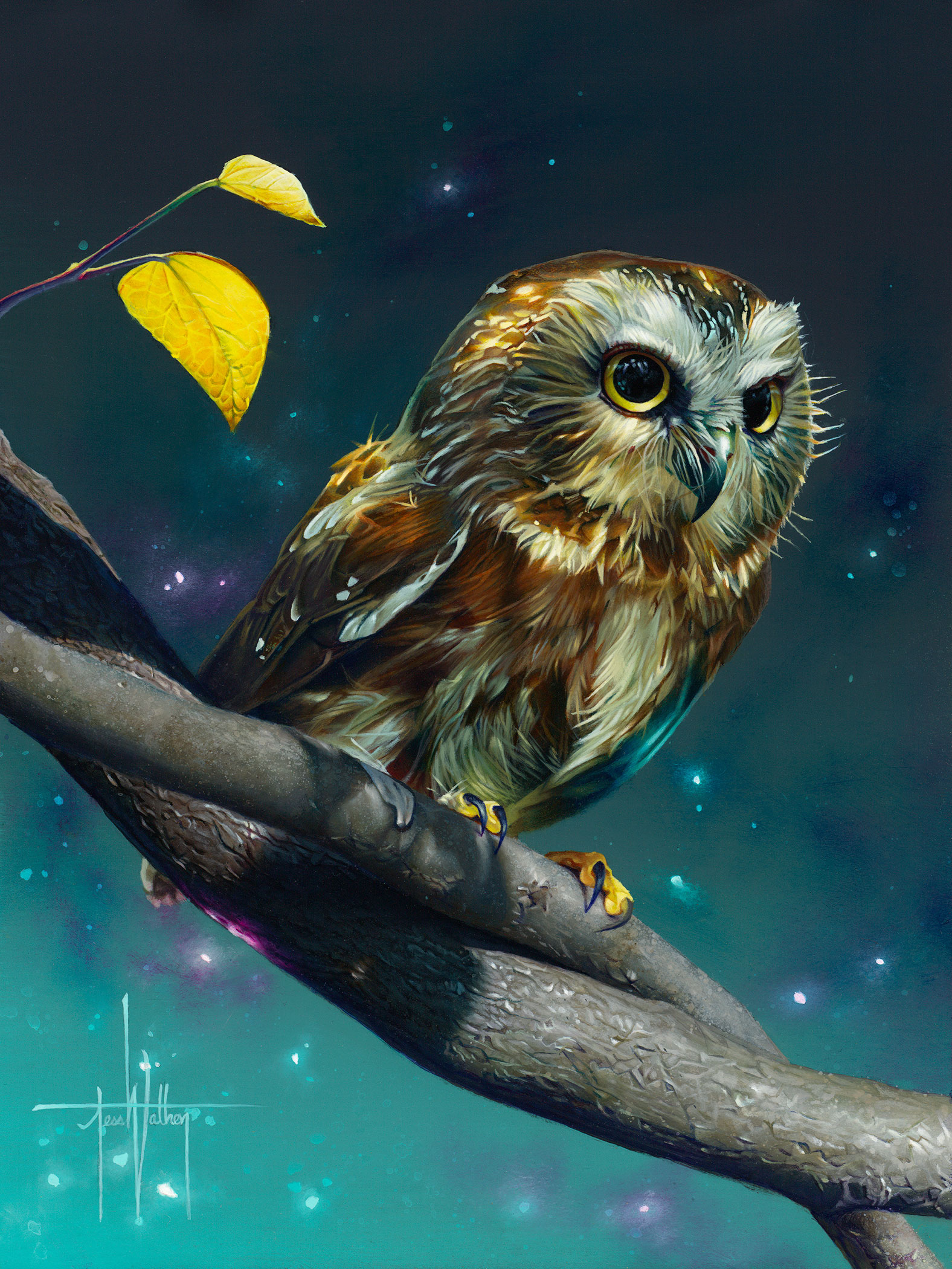 The night seems mysterious, yet so alluring. A whole new world stirs and bustles. Nocturnal creatures emerge, some of which to hunt. The owl sees in the dark, beyond the veil of deception and illusion, discovering what’s kept hidden. Under the glow of the night sky, this owl is poised, prepared to dive to sate its appetite.